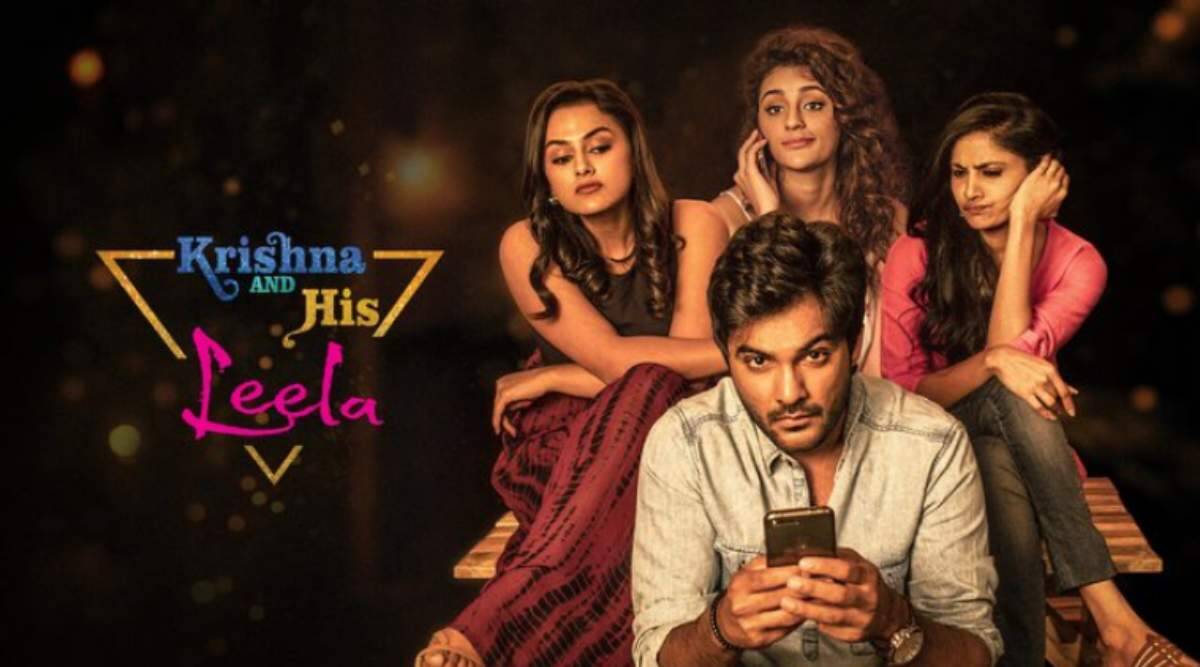 India is a country where a significant part of the population enjoys watching movies and binge-watch series in their leisure time. People love to spend their time visiting the theatres on the release of every new film. The Telugu film industry is one of the most influential and popular film industries in India. They have diverse content, an outstanding storyline, and display speechless acting skills. One of the reasons why everyone appreciates Telugu films is because they showcase a great sense of humor through their content. They make us feel nostalgic and help us to reminisce about our youth days.

The entire film industry has faced a great deal of loss due to the COVID-19 pandemic. Every activity of movie shooting and movie premiering in theatres is on hold. The rise of OTT platforms like aha has been a great boon to the Telugu film industry and the viewers as it streams unlimited Telugu movies and web series ad-free.

Krishna and his Leela: Krishna and his Leela is a 2020 Romantic-Comedy Telugu Language film directed by RavikanthPerepu, who is also one of the writers with SidduJonnalagadda, produced by Sanjay Reddy and Rana Daggubati under Suresh Productions, Viacom18 Motion Pictures. Music is given by SricharanPakala and, Edited by Garry BH, RavikanthPerepu and SidduJonnalagadda. The movie has its theatre release scheduled for 1st May 2020. Later, due to the COVID-19 pandemic, it was made digitally available on Netflix and Aha on 25th July 2020 and 4th July 2020, respectively. It features SidduJonnalagadda as Krishna, Shraddha Srinath as Sathya Rao, Seerat Kapoor as Ruksar, and ShaliniVadnikatt playing Radha in the lead roles.

It is the story of a confused youngster Krishna, and his indecisiveness spins a web of lies to maintain two relationships at a time. He was nursing his broken heart after a hard breakup with Satya, his ex-girlfriend. Krishna tries to find solace in Radha, a junior in his college. The film shows the romance of the newborn couple Radha and Krishna but soon after they accept each other’s love, Krishna has to leave for Bengaluru because of a new job offer. Trying to maintain a long-distance relationship, Krishna bumps into her ex-girlfriend, Satya at, Rukshar’s restaurant in Bengaluru. Rukshar was his new friend and his flatmate with whom he was sharing his apartment. After a series of intentional and coincidental meetups, Krishna realizes that he has not moved on from Satya and still feels for her. Unable to break up with Radha and move on from Satya, Krishna starts dating both girls simultaneously. The story tells us about how he is unable to choose between Radha and Satya. Upon being caught cheating, he tries to justify himself saying, he is in love with both the girls and wants to live together. The film is more like adding coolness to cheating in relationships.

Aha becomes a great medium to access all Telugu content online as it is loaded with movies, series, and originals.

Subscribe to Aha and catch many comedy movies and series like Krishna and his Leela and entertain yourself with unlimited Telugu new movies to watch on aha app.

Speakers that are best for vinyl

The Languages of Love You Need to Know

When Do You Need a Houston Child Support Lawyer?

Know more about Cryptocurrency and its Advantages