Your Soul’s Daily Bread: The Story Of Saint Michael

The Book of Michael covers his chapters of life, from Chapter 1 “The Lord Appears” to Chapter 25 “Of Michael”. As mentioned, if you are interested to know about the life of Saint Michael, you must have to take time to read all the Chapters and understand all the happenings of how he performed his duties as the leader of God’s armies. To take a brief discussion of these Chapters, below are the summaries of every Chapter. As a believer of God, The Book of Michael can be taken as your daily bread of the soul.

The First Chapter: “The Lord Appears”

Saint Michael asks the Lord to take his life for he has sinned. For him, he is unworthy of the life that the Lord gave to him. When Michael cries out loud on bended knees, asking the Lord to take his life, the Lord appears. A voice came out speaking to Michael, proclaiming that He is with Michael and with him. The glorious light appeared which ordinary eyes can look upon. Michael believed that the light that appeared was sent from heaven, an angel who will destroy him. The Lord touched Michael’s back and said that he should not be afraid as the Lord is with him and stand to look at Him. Michael raised and remained with his eyes closed. But the Lord lifted his chin and lifted his head, saying to open his eyes to see Him. Michael finally sees the Lord with His glory and beauty, in which the Lord tells Michael that he was chosen as one of the kings and prophets among men before the beginning of time. 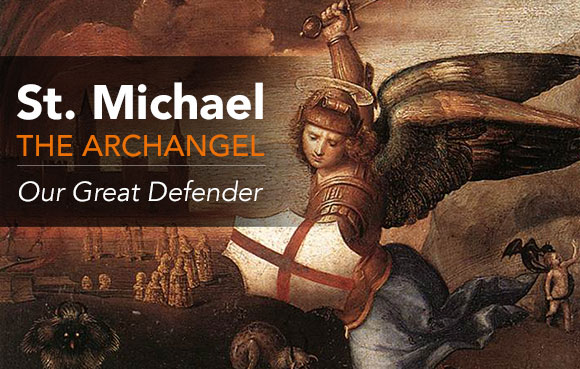 The chapter talks about Michael seeing himself going back to the place where the first time he met the Lord. He offered a prayer to the Lord, expecting to get an answer from Him, thinking what had happened before was real or not. The Lord again appeared, started to speak with anger, and condemned Michael of his sins and failures. During that moment, the guilt inside suddenly created and concluded that the Living God judged and condemned Michael. The Lord asked to pray for his mercy with the other saints surrounded with them. Until they become weak and Michael tells the Lord that he is unable to hold for his hands are weak, asking for forgiveness and not to cast him away. Until the Lord disappeared, saying nothing. A man tells Michael to open his eyes and see him. It was a man with a wealthy look saying all against the Lord. In the end time, Michael was in a battle against a dragon that ended up calling the Lord to save and help him. Then, the Lord saved Michael.

These are just two of the 25 chapters of The Book of Michael. To read more, you can find and read the book online.

Buying a new microwave do majorly follow some tips over here

All you need to about Jockstrap underwear